Skip to main content and our Accessibility Statement may be found in the footer of our website.
Back To Home
{{CTAButtonText}}

Find a Doctor Near You

Choose your arrival time at a location near you and wait in the comfort of your own home.

We are more than a hospital; we are a vital part of Bartlett and Northeast Shelby County. Whether it’s health care, education, or involvement, Saint Francis Hospital-Bartlett is a community partner.

Learn what makes us a Community Built on Care 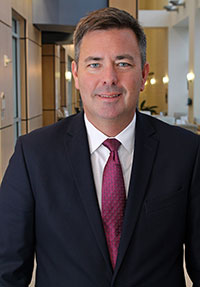 Jenkins’ tenure in the healthcare industry spans more than 15 years in a number of leadership roles primarily in the Memphis area. His career began with Methodist Healthcare Memphis in 2003 where he served as manager of operations for Northwest Hospital and Methodist’s corporate office. He later served Methodist Healthcare as director of the Cancer Center, Brain and Spine institute and Ortho Center.

Jenkins’ success in the field of oncology program leadership led him to Tulane Medical Center in New Orleans as director of Oncology Services. In 2012, Jenkins returned to the Memphis area, joining Methodist Le Bonheur Healthcare as Administrator of Clinical Operations at University Hospital before assuming his most recent role.

Jenkins earned a bachelor’s degree in Business Administration from the University of Montana and a master’s degree in Healthcare Administration from the University of Memphis. His community affiliations include Chairman of the Board emeritus of The First Tee of Memphis, American Heart Association Executive Leadership Team, Charter Member of the Robotic Surgery Society and Board of Directors of Livitup, Inc. Among his many accomplishments, Jenkins was named 2010 Memphis Top 40 Under 40 and 2014 Tennessee ACHE Young Healthcare Executive of the Year